Russian President Vladimir Putin claimed that the vaccine against the coronavirus developed in the nation has been registered for use. One of his daughters has already been inoculated. At a government meeting, Putin said that during the tests the vaccine has been proven efficient. It offers lasting immunity from the Novel Coronavirus. The whole world is racing to develop a vaccine for the virus.

Around 100 vaccines are in development across the globe and some of them are in the clinical phase of trails and ongoing human trials. Russia shocked the world after claiming to develop the first vaccine for coronavirus.
The vaccine was developed jointly by the Gamaleya National Center of Epidemiology and Microbiology and the Russian Direct Investment Fund. It is named Sputnik-V to honor the first space satellite launched by the Soviet Space Agency in the year 1957. It is also the first vaccine against the COVID 19 into the public.

Putin’s daughter Inoculated and she is well

Putin said that the Vaccine has gone under testing for two months and now has been approved by the Health Ministry. One of his daughters has been inoculated with the Vaccine and she is felling well. He informed that now it’s dose will be prepared on a large scale. However, scientists in the country and abroad have been sounding the alarm that rushes to Start using the vaccine against the coronavirus before phase 3 trials could backfire as it normally lasts for months and involves thousands of people. 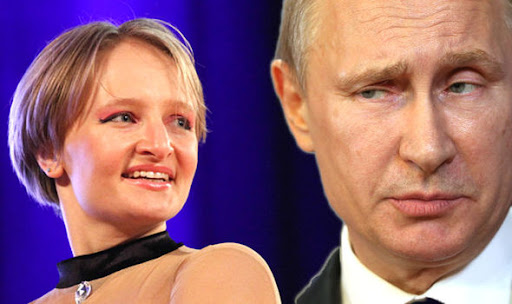 Putin’s Russia the first to register the vaccine

Russian authorities have said that medical workers, teachers, and other risk groups will be the first to receive the Vaccine. Russia is the first country to register a vaccine against the coronavirus. Russian officials have informed that the production of the vaccine on large scale will start in September and mass vaccination may begin as soon as October. Also, the Russian government is planning to start the distribution of the vaccine in public between 10 to 13th September. The vaccine is administrable in two doses. Each dose of the vaccine contains a different vector responsible for the common cold. These include the human adenovirus Ad5 and Ad26. Though many experts have raised concern regarding the speed of Russia’s development. They are suggesting that the researchers might have cut some corners to achieve fast results.
Also, the vaccine is not among the 6 vaccines under clinical trials around the world. The development of these 6 vaccines is under the monitoring of the World Health Organisation.

Putin’s daughter had a temperature of 38 degrees Celsius

He informed that his daughter had a temperature of 38 degrees Celsius on the First day of vaccine injection. The temperature dropped to 37 degrees on the following day. After the second shot, her daughter again had a slight increase in temperature but she got curred all over. She is now well and has a huge number of antibodies. However, Putin didn’t specify which of his daughters Maria and Katerina have inoculated.
Putin has always kept his personal life away from the discussion but several media report says that he has two daughters Maria Putina and Yekaterina Putina. In 2015,  a report revealed that Yekaterina Putina, the youngest daughter of Putin, was living in Moscow by the name of Katrina Tikhonova. Also, she is an acrobatic dancer and she participates in many championships. Katrina Tikhonova has also featured in a television show. 33-year-old Katrina Tikhonova is the head of new Artificial Intelligence at Moscow State University. Moreover, She has completed her master’s in Physics and Mathematics and has held a senior position at Moscow State University. In 2013 Katrina married Keeril Shamalov, son of Nikolay Shamalov, who co-owned Rozia Bank.

Maria is living in Moscow by her fake name

Maria Putin is Putin’s elder daughter. Her full name is Maria Vorontsova. She was born in Leningrad, Russia and she is an endocrinologist. BBC report (magazine new times) has written that Maria Vorontsova is living in a residential apartment in Moscow by a fake name. Also, She works in an Endocrinology center as a Scientist. Maria Putin has married a Dutchman and has a daughter.

Superpowers racing for missile many times faster than sound

Indian Mobile To Comeback From China